Showing posts from February, 2019
Show all

- February 25, 2019
Dear Colleagues, This is the second call for submissions for the Spring/Summer 2019 issue of SEM Student News. This new issue, vol. 15, no. 1 (Spring/Summer 2019), will focus on a theme of Music and Movement with particular attention to theoretical approaches to embodiment and dance (choreomusicology). We are seeking article submissions on any topic but will give preference to those that fit within our theme’s area of discussion. Likewise, we will consider submissions from both students and working scholars alike, and encourage authors to submit pieces in a variety of media. We are also accepting early submissions for vol. 15, no. 2 (Fall/Winter 2019), which will focus on a theme of Music and Affect with special attention to intersections between affect, embodiment, and mindfulness/meditation. Submissions may be written, photographic, or multimedia (written with visual, audio, and/or video components). We particularly solicit audio/visual contributions to correspond with the t
Read more 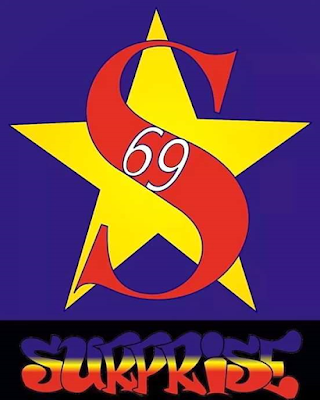 By Caetano Maschio Santos (Federal University of Rio Grande do Sul) *This article also appears in SEM Student News 14.2, Fall/Winter 2018 . I write during the first round of presidential elections in Brazil, between candidates Jair Bolsonaro and Fernando Haddad. Bolsonaro, a congressman with a military background and openly racist, chauvinist, conservative, and xenophobic opinions, runs as a member of the right-winged Social Liberal Party (PSL).[1] Backed by the army, landowners, Evangelical church leaders, and businessmen, Bolsonaro leads most public opinion polls, incarnating the idea of a national savior. Haddad, ex-mayor of São Paulo and Education Minister, runs as a member of the leftist Workers Party (PT).[2] Although widely credited with raising living standards for the poorest in the country and projecting Brazil onto an international political and economic stage, the party is also associated with corruption scandals and Brazil’s present economic and political crisis.[3]
Read more

What's in a Name? New Questions Regarding Ethnomusicology of the Political

- February 03, 2019
By Jon Bullock (University of Chicago) *This article also appears in SEM Student News 14.2, Fall/Winter 2018 . This autumn marks twenty-five years since the publication of ethnomusicologist Philip Bohlman’s (1993) “Musicology As a Political Act,” an essay in which he asserted that musicology had entered a period of political crisis owing to its insistence on its own apolitical status (419). Today, even Bohlman’s opening anecdote of sitting in a bar watching MTV betrays the age of the article—after all, the MTV of 1993 is long gone, with reality television shows having replaced much of the music video programming that dominated the station’s air time throughout most of the 90s and early 2000s. But for better or for worse, Bohlman’s description of a musicology that deliberately avoided the political implications of its own discourse also now feels quaint. Even Georgina Born’s 2010 addition to Bohlman’s theories, in which she urged (ethno)musicologists to reconsider what music is a
Read more
More posts